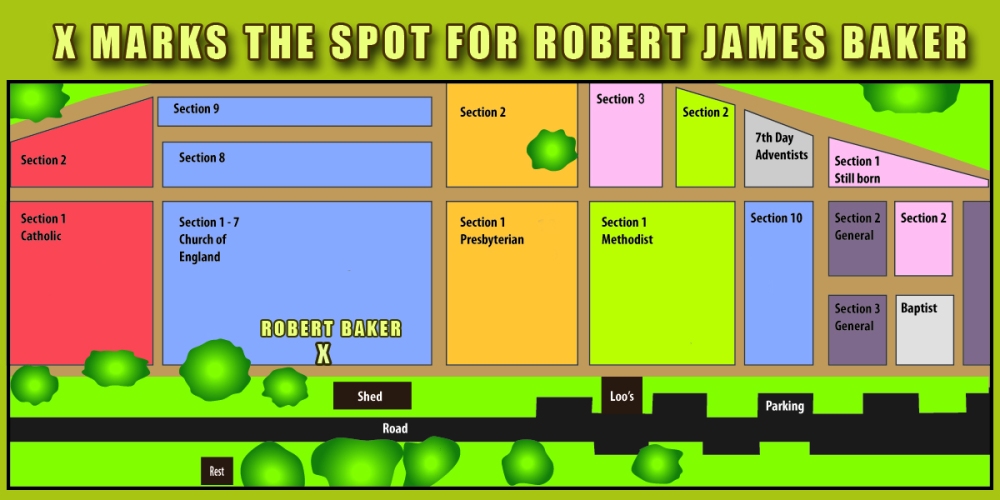 The Public Life these news articles refer to is he was the District’s Coroner up until his death and the position was then taken by William E. Kirkness.

Had there been any deaths by accident in the area from 1916 to 1925, the graves in this cemetery would have been attended by Robert Baker, in his role as Coroner.

The news articles about all these deaths would have been written by him or his journalists for his paper. He had been dead for four years when is son died in 1929, at Terrigal Byron ”Sonny” Baker who is mentioned in an earlier blog post.

In honor of her approaching marriage Miss Zoe Mason was entertained at a ‘White Tea’ ^ Mrs. A. I. Chapman’s residence on Wednesday afternoon, 1st instant. There was a large gathering oi ladies, including members of the Orchestral Society.

The Mason’s had a son Lance, brother of Zoe, who was referred to who is mentioned in an earlier blog post for Cecil Morris the Policeman’s son in his final letter to the newspaper in 1915. Bakers journalist’s mind had the foresight to get these young boys writing to him for his paper getting first hand accounts of the Great War.Zoe ‘s father was a local magistrate, J. J. Mason, and the family lived in Point Frederick in a house named “Waterville”.

Zoe married Robert Baker in 1920. This is the sort of wedding write up if you happen to own the paper.

Yesterday afternoon the wedding of Mr. Robert J. Baker, President of the Erina Shire Council, and Proprietor and Editor of the Gosford Times, ‘ ‘ with Miss Zoe Mason, daughter of Mr. and Mr. J. J. Mason, ‘ Waterville,  Gosford, was solemnised in the Sacristy of the Roman Catholic Church, Gosford, Rev. Father John Kelly officiating.

Though heavy rain was falling throughout the day and whilst the ceremony was in progress, a large gathering of the public was present in the church.

Both bride and bridegroom being very popular in the district. The bride looked particularly charming in a white crepe-de-chene wedding dress, with deep flounces of white georgette, edged -with seed pearls. A tunic ornamented with jewelled trimming was worn, and the beautiful veil of Brussels net and hand-embroidered Honiton point, arranged in Juliet cap fashion, trimmed with orange buds, was loaned by Mrs. Guy Parr and looked strikingly effective. Given away by her father, the bride was attended by her sister, Miss Marie Mason, as brides maid, who wore a pale blue crepede cuene frock dra*ped fashion, with trim mings of pale pink georgette, and picture hat of similar shades, trimmed with fruit and flowers. The bride’s mother was gowned in amethyst georgette and crepe-de-chene, brocaded tunic, with floral hat to match.

Mr. Fred C. Warmoll acted in the capacity of Best man. The gift of the bride groom to the bride was a handsome diamond pendant set in platinum and a beautiful bouquet of lilies of the valley.

The gift to the bridesmaid was a gold bangle, also a shower bouquet of pale pink carnations.

Whilst the register was being signed, Miss Ursula Mason, sister of the bride, and Gosford ‘s prima donna delighted those present in. A perfect rendering of the exquisite ‘Beloved it is Morn,’ and as the happy couple left the church, the Wedding March, played on the organ by

Mrs. Passlow, sped them cheerily on their way. Mr. and Mrs. Mason entertained relatives and a few near friends fort a sumptuous breakfast at ‘Waterville,’ East Gosford, where the usual toasts were most enthusiastically honoured.

The door attendant was kept busily engaged in receiving telegraphic despatches wishing the ,-newly-united pair the happiness they deserve, and after an inspection by the guests of the many valuable gifts received, the party accompanied Mr. and . Mrs. Baker to the railway’ station where much merriment and good feeling prevailed.

The train on, leaving ; the’ station discharged a royal salute of detonators which had been placed on the line, and to the accompaniment of loud cheering, much confetti, and joyous ‘ ‘ Cockadoodle dooing’ from the engine, the happy couple left for Sydney on a few weeks’

honeymoon in the mountain country, carrying with them the best wishes of the whole of the district.

The bride travelled in a charming frock of champagne georgette and crepe-de-chene, accordion pleated, and embroidered in latest pastel shades, and wore a pretty little French hat of Henna and champagne trimmed with fruit and streamers. Amongst the presents noticed

was the handsome plate consisting of a charming rose-bowl and set of entree and cake dishes, the gift of ninety of Mr. Baker’s friends. 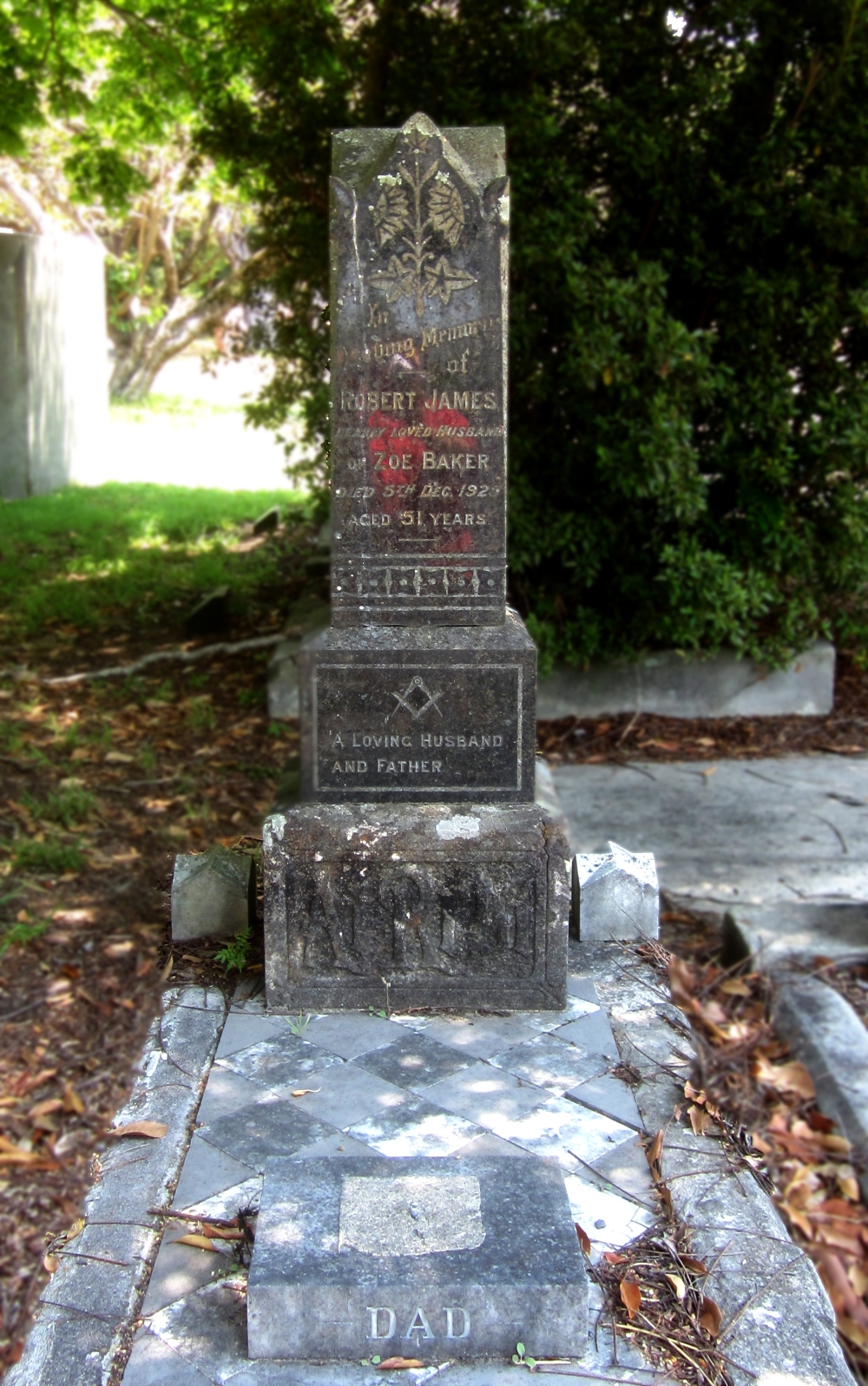 AN APPRECIATION BY MR.

As one who has been closely. associated with Robert Baker in most public affairs since his arrival in Gosford, 16 years ago, I wish to add my tribute to his worth as a friend and a citizen.

He had his limitations, and acknowledged them, but we can well afford to let any shortcomings of his fade into the past of our forgetfulness, because our own faults are ever before us. His virtues and generosity were of a high standard, and over stood for the advancement of his fellowmen, and of this town and district in particular.

The journal that he conducted -was clean in principle, broad in sympathy, and progressive in character. He will be missed and mourned by the whole of the district.

His death means a personal loss to many of us. I know of many persons who, in time of need have financially helped him, and he never went back on a friend. These arc the qualities that lift men above .their faults, and exalt the remembrance of their life and name into a sweet experience.

The Passing of R. J. Baker.

After an illness which caused him suffering over a long period, Robert James Baker passed from this life, in Lewisham Private Hospital, in the very early hours of Saturday morning last.

The very best of medical skill had been called upon, but the doctors were powerless to avert the cruel fate which took from this community, and from the State at large, one of its most valued

citizens, when he had spent most of the half-century of his life in strenuous work, but before he could enjoy any of the ease he had so thoroughly earned.

His passing has been a blow keenly felt by all sections of the community. Robert James Baker was a man who never spared himself, in the common tasks of his business or in the service of the public. And he was a man who never turned down I a genuine plea for help. The result of a life lived on those principles was seen on Monday, when a whole district turned out to pay a last mark of respect to its most esteemed citizen, and to I

mark deep sympathy with those who have been cruelly bereaved by his death. Mr. Robert James Baker has gone, more’s the pity. But the work that he has done for Gosford— and for the districts-will I never die.

was the only son of the late Mi- Henry Baker, of Hill Bad and Emmaville. He served his apprenticeship on the Emmaville ‘Argus,’ and at an early age displayed exceptional ability both as a practical printer and all-round journalist. At the age of 21 he was engaged by the late Dr. Ross, M.L.A., to man age the Molong ‘Argus,’ which in a few months he acquired as his own property.

He conducted this paper with very great success for nearly ten years, eventually selling it to the Hon. J. C. L. Fitzpatrick, M.L.A. Mr. Baker then purchased the Peak Hill ‘Express,’ which he speedily trans formed into one of the best weeklies in the Central West. During his period (four years) of residence in Peak Hill lie took a very active part in public matters.

He was secretary of the Agricultural and Pastoral Association, Secretary of the Jockey Club, and of the Curra Amateur Race Club. On his leaving Peak Hill he was publicly entertained by town and district residents and presented with a gold watch (suit ably inscribed), and massive gold and belt.  After disposing of his Peak Hill paper, the subject of this sketch enjoyed a well-earned six months holiday.

He then, just sixteen years ago, ‘acquired the ‘Gosford Times,’ which wry quickly  evidenced that dynamic energy which had always characterised his work as a pressman.  A few years ago Mr. Baker established the ‘Woy Woy Herald,’ and both papers were under his sole control up to his death. The late Mr. Baker was one of the foundation members of the New South Wale- Country Press Association. He was a member of the Executive for some 20 years, a Vice-President for three years, and President for two terms in 1920-22.

The late Mr. Baker was twice married. In 1902, He was married to Miss Margaret Black, of Forbes, to whom four children were born — Misses Thelma. Edna, and Lola, and Mr Henry

Georgia Baker. His first wife died in 1917. and in 1920 he married Miss Zoe Mason, daughter of Mr. and Mrs. J. J. Mason, of Gosford, who, with three little children, survive him.

Here is a brief history of the Gosford Times after Robert J Baker died.
14 December 1954
When the late Robert James Baker in 1913 erected the two-storey brick building at 144-146 Mann Street, Gosford, he no doubt believed that he was establishing here
the permanent home of “The Gosford Times.”
After his death, the property and the paper were purchased by Mr. Stanley Kings
bury, who converted the building into two shops and erected a fibro and weather
board building at the rear to house the paper.
Now the property of P. J. Palmer & Son Pty. Ltd., the original building has been
modernised ‘and extended to provide a large menswear store for the city company —
one of its many branches in NSW.
The next move, so far as “The Gosford Times” is concerned, will be to a new two-
storey brick building, now in course of construction at 1 35 Mann Street, Gosford. This is planned to take place in 1 April 1955.
This Scribe