Maynard Wright was the Quarry Supervisor at Gosford Freestone Quarries, it is not unsual for people in the Stone masonry Business to have the largest monument in the graveyard… apparently size does matter.

The first mention of Vincent Wright in the local Gosford newspaper. is in 1926, after he has a rather unfortunate accident aged 6 years.

Vincent, the young son , of Mr.Maynard Wright’ (of Gosford Freestone Quarries), spent -a very painful and trying Christmastide in Nurse Flicketts’ Private Hospital.
His little schoolmates will remember his being present to receive his gift from ‘Father Xmas’ at the School’s Annual Speech Day.
The following morning his younger brother rose, earlier than he, procured a box of matches, and set fire to the cot iu which Vincent was sleeping.
The latter, when awaking and finding the bed on fire, childlike rolled himself up in ‘the bedclothes; and before he could be rescued from the burning clothesj he was very seriously burned about the head, arms, and ears, and the last named are likely to be disfigured for life.
Medical aid was immediately summoned, and the sufferer was driven to the hospital, where, under kind and skillful attention he is now out of danger, with hopes of an early return home. 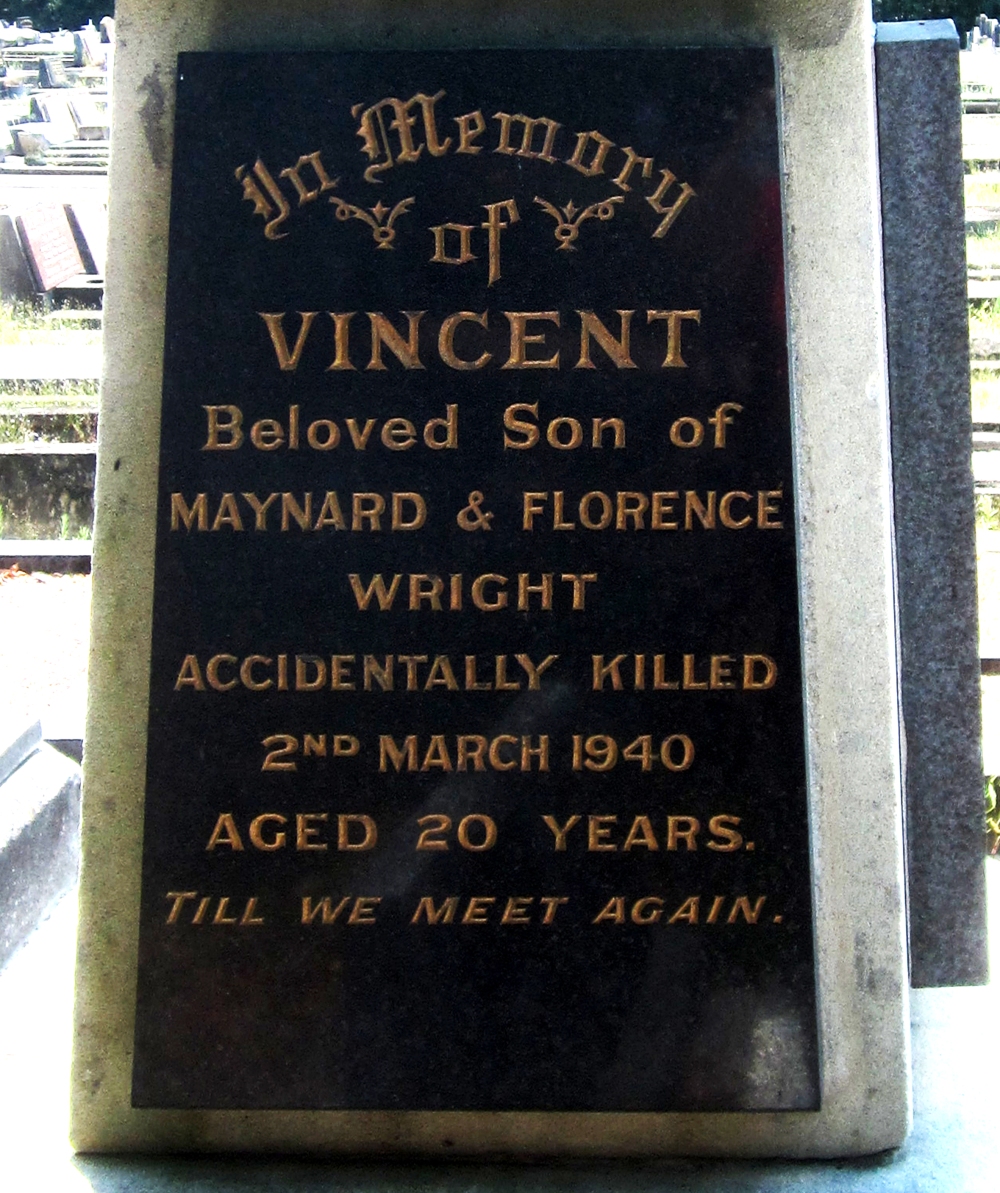 Vincent Wright, Quarryman, Died 2nd March, 1940, aged 20 years. The following is an event that happened in an era before seat belts and .05 alcohol limits and a way of measuring it. The accident site is near the big round a bout/ MedicalCcentre at North Gosford, where the creek is. END_OF_DOCUMENT_TOKEN_TO_BE_REPLACED