.lean Appleton. 24, of Gosford. was found dead in an outhouse at her parents’ home early yesterday. She was strangled by a girdle’ knotted round her neck.

Miss Appleton, who was holidaying with her parents, had been in ill-health for some time. She recently suffered from a nervous breakdown.

At the inquest yesterday afternoon a verdict of suicide during acute mental depression was returned.

Sad Happening at Scone A particularly sad case of despondency and nervous breakdown was revealed yesterday morning when Jean Appleton, aged twenty-four, a visitor to Scone, was found dead at White Park with the cord of her dressing gown tied tightly round her neck.

The deceased, who was a particular y fine a picture of Australian womanhood, was the daughter of Mr. and Mrs. C. J. Appleton, of Gosford.

Mr. Appleton has recently been employed upon the construction of the treatment works at Scone.

We learn that the deceased girl had been in bad health for a considerable time, and was brought to Scone by her mother on Monday last for a change, following  two weeks in hospital at Warrawee, on the North Shore line.

She was last seen alive on Wednesday night when the family retired for the night at the Golden Fleece Hotel, where they were staying, at about 10 p.m. On looking into her bedroom as he was starting out to work yesterday morning her father noticed that the bed had not been slept in. He went down stairs to the street and was informed him of the tragedy.

The District Coroner, Mr. W. T. Seaward, held an inquest yesterday afternoon, when evidence was given by Mr. Harold Burns and Constable Andrews concerning the finding of the body.

The girl’s father gave evidence as to the length of time the deceased had been ill, and how this had preyed upon her mind as she was unable to do any work, and felt that she was a burden upon her parents. A fare well letter from the deceased to her family, which was found in her bed room, was couched in loving terms, but stated that she could no longer sustain the burden of life, and she was feeling happy at the last.

The Coroner returned a verdict that the deceased died from suffocation wilfully caused by strangling herself with a cord of her dressing gown whilst in a state of severe depression and extreme mental distress, due to her being run down by overstrain.

Much sympathy is felt for the parents and family of the unfortunate girl in the tragic occurrence.

The body was taken to Gosford this morning for burial.

Her  Grandfather is in an adjacent grave with an ornately carved stone, the inscription says,

Who passed away in his sleep 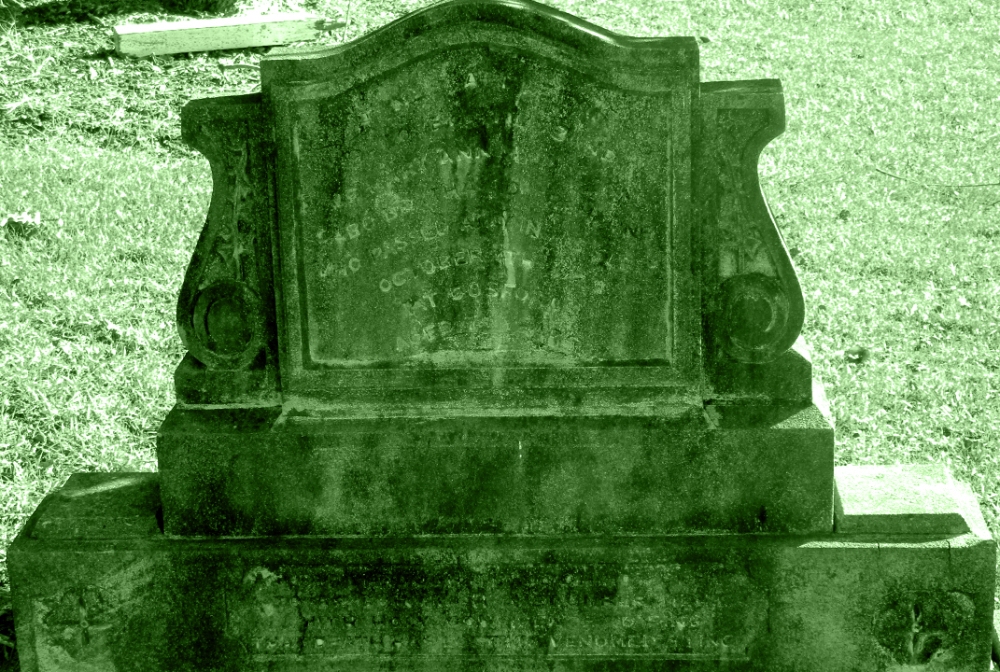